The Parable of the Fish & the Leader 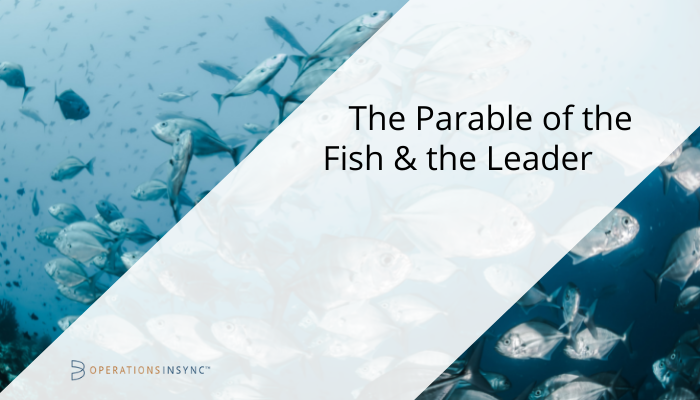 Pam loves making it easier to run a business. With over 20 years experience where she is known for finding gaps in processes which have saved companies thousands of dollars, and ensuring that business operations run smooth, she will eliminate chaos in your business, and help you get your life and freedom back.


Once upon a time there was a leader named Bob who was so stressed about his team that he didn’t know what to do. Every day was filled with chaos in his business. Very little was getting done, he was constantly getting complaints from his customers, and he just kept looking at his team wondering why they wouldn’t step up and get their act together.  What was even worse was how much money was pouring out of the business like water through holes in a bucket.

Bob kept thinking – “If only my team would do what they are supposed to do, all would be well!”  He just could not stop thinking that they must be the problem, because what else could it be?

Then one day he remembered hearing a saying that suddenly hit him upside his head!

“The Fish Rots From the Head Down!”

Sometimes, we as leaders, can actually sabotage our teams.  We can cause additional stress, hurt their productivity, and make it difficult for them to know what’s expected of them.

Often we don’t get things off on the right foot from the very beginning, and it just carries on from there.  We don’t have a good hiring process, nor a good onboarding process, and we just kind of throw them into the deep end of the lake before they have even learned to swim in our lake!

The saying, “The Fish Rots From the Head Down,” that he had suddenly remembered paints a pretty obvious picture, doesn’t it?  When we as leaders don’t lead as we should, the team and the organization will eventually rot and stink!

Now, it is absolutely possible that you do have some people on your team who were simply just a bad hire, and can’t actually cut it.  However, when it is a consistent, more or less across-the-board issue, then sometimes you have to look at how those other four fingers are pointing back at you.

If Bob doesn’t make some changes, that fish is just going to continue to rot and stink worse, until eventually it’s completely decayed.

As I pointed out above, he’s already seeing a consistent flow of customer complaints and not seeing much productivity coming out of his team.

Some other things he will start experiencing, if he isn’t already, may include…

Is There Any Hope For Bob?

Oh yes indeed!  There is a lot of hope!  And it will be easier than he thinks!

He can start with a self-assessment.  He needs to look at exactly what those other four fingers, which are pointing back at him, are related to.  In fact, he needs to point that fifth finger right back at himself, as well, and ask himself the following questions.

“Have I created a clear vision, mission and set of core values, so I am clear on the right questions to ask when I’m hiring, to ensure the candidate will align with those?  Are these clear to my current team?”

Here’s the deal.  If Bob hasn’t painted a clear picture of where his company is going, how he will get there, and the way everyone needs to show up to the party – well then no one is ever going to row in the same direction, because he doesn’t even have them in the same boat!

“Am I hiring the right people for the right seats to begin with?  Do I have crystal clear role descriptions for each seat in the boat?”

This is not just related to the hard-skills they possess.  Bob could hire someone who can write code until the cows come home, but if that person has an attitude or a work ethic that stinks, then Bob has just added to his rotting fish problem before they even get started.

Certainly, he needs to hire for skills and talents, however, as a starter – he needs to first ensure that they align with his company’s vision, mission, core values, are excited to go where he wants to go with the business, will step up and be a solid team player, understands the importance of collaboration and cooperation, will own their role, has incredible integrity and will be a culture fit overall.

Oh wait!! I wonder if Bob has his culture statement clear and documented.  Well, we will need to check in on him for that at a later time, because a fit there is huge, as well.

“Now that they are onboard, am I giving them all of the tools, resources, and getting the right systems in place that create the foundation for them to be able to be their best and do their best?”

Bob is learning that it is a lot to ask of anyone to do a great job and be massively productive, if they can’t easily get to what they need when they need it.  He is beginning to realize how much time, effort and mental energy he wastes on a daily basis trying to remember where to find something, or has to spend unnecessary time accessing it.  And he has this all in his head!  So he’s come to realize how much harder it must be on his team!

“How am I treating the people on my team?  Do I show I am supportive and show that I want them to succeed?”

Everyone wants to be appreciated, but not everyone feels that way – in the same way.  Bob is learning that he needs to spend quality time with the members of his team.  Not in a group, although that is good too, but 1:1.  He knows he needs to understand what is important to them – not what he thinks they should get!

Look – the old way was to just give people a monetary bonus.  But that doesn’t actually do anything for many people.  So, Bob is starting to ask them – “what’s important to you!” 2

“I’m asking them to all be in the same boat, but am I in the boat with them, and leading as their captain?”

You may be saying – “Hey Pam, wait! Isn’t that what getting systems in place is all about?  Shouldn’t Bob’s business be able to get to a point where it can run without him?”

My answer for you here is that the business should be able to run without Bob.  It should get to a point where it doesn’t count on him in the day-to-day.  The people should be able to manage the systems and keep things going.  However, he still needs to be that leader and guide – that captain of the boat!

I sincerely hope that your business isn’t on the path to being a rotting fish, but if you have any concern, whatsoever, and just want to have a brief conversation, please schedule some time to speak with me…no strings attached!  Let’s just explore a bit.

Ready to Get Rid of the Chaos In Your Business?

Running a business is hard work!  BUT…it doesn’t have to be at a point where you simply have no life, can’t fully rely on your team (often through no fault of their own), and you feel like you are in bondage to your business.

Let’s setup a “right fit” conversation. You’ll probably, at least, walk away with a tip or two.

Check These Out Too… 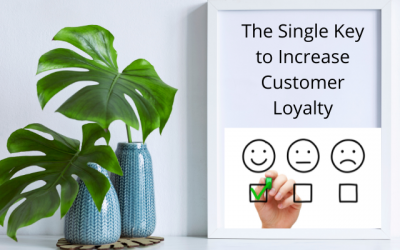 Don’t let your customers leave for a competitor, just because you make it so hard to do business with you. Your customers are busy too, with a lot of competing priorities, so help them love your company!

END_OF_DOCUMENT_TOKEN_TO_BE_REPLACED 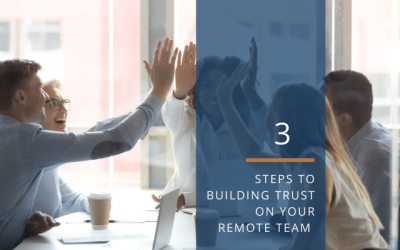 3-Steps to Building Trust On Your Remote Team

Eleven years ago I ventured away from nearly twenty years in the corporate world and into the virtual world. I had no...